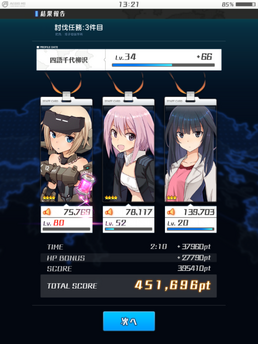 Leveling is an essiental part of Alice Gear Aegis. It is necessary to progress in the game. Normally, actresses can get level up by doing normal battles, but there is a faster method. You can level up the actresses by using Anima.

There are two types of anima, the resource type and exp type. Anima exp can be obtained in every battle (microphone shown in the image)

is a resource obtained from almost all of the battles and only used for leveling up your actresses. This resource is a must, and should be grind daily to level up your actresses. Because at some point, the maps will gets harder and harder. To the point you would need higher level actresses to clear difficult maps.

When leveling up actresses, you should be reminded that the higher the level, the more Anima you needed to use as well. Also, when leveling up higher rarity actresses they consume even more anima than the lower ones. You can look at our data for reference below.

You should level up your actresses as fast as possible. However, you should level up all actresses you have instead of just one. Upgrading one actress up to LV.80 should cost about 500,000 Anima. As stated before, Anima can only be used for leveling up actresses and cannot be used on anything else. First of all, we'll try to explain the basics into steps by steps to with the articles down below. 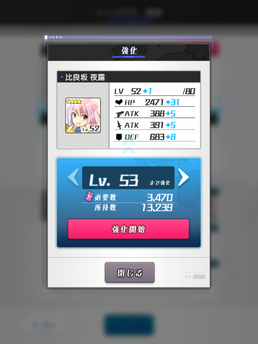 There are two ways to level up your actress. The first way is the slow way and standard method of leveling. In every battle your character gain "expierence anima" and levels up when it reaches the amount it needed. This is good for leveling up three actresses at once if you are grinding items on maps simultaneously. Although this is not recommended if you just want to grind for one actresses.

The second method and main method is using Anima on actresses. Anima can be obtained everywhere and it's easy to stockpile. Although the higher the level, the more anima is needed. It can be as many as 10,000 anima per level.

To level up your actresses using anima, you need to go to Team Management and tap the actress you want to level up. After taping the actress there should be a pink button on the right of the actress bar. Tap it, a screen will pop up, showing how many anima is needed to level up. This is good for leveling one character only and the fastest way to level up. 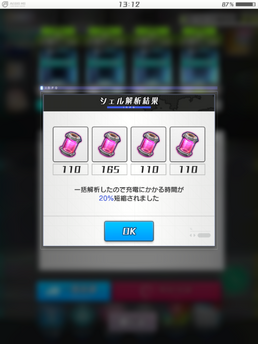 Since you know how and where to level up actresess using Anima. Your goal now is to level up many actresses until they reach the max level as fast as possible. It is certainly takes a while to get a lot of Anima, and it can be very tedious doing so.

The only problem with standard survey mode is that most of the maps rewards high Gold instead of Anima. Although it can be time-consuming, you could net about 200,000-500,000 Anima and 500,000-1,200,000 Gold per day. Please also remember how many Anima are given in each Anima shells.

Maps in the story mode can be an option too, since they sometimes give high rarity anima shells. But survey mode still is the best option. Anima daily quests are also a great wat to boost anima, but they are only available at certain days, meaning you can only grind at a certain days of the week. 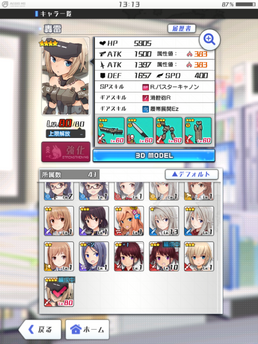 The stronger actress you have, the easier it gets to grind anima for using on other actresses.

Retrieved from "https://alicegearaegis.fandom.com/wiki/Tutorial:_Leveling?oldid=3598"
Community content is available under CC-BY-SA unless otherwise noted.