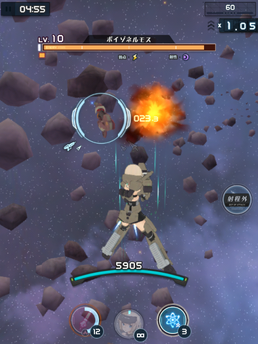 Multiplayer is a feature in Alice Gear Aegis, where players from all over the world can fight against bosses in real time and get rewards for clearing maps. You needed to clear the story mission 13 first before you can access this feature. (Located at the second option in the Office Room)

Unlike for the standard Single Player mode, some of the Multiplayer rules that applies are:

Each map bosses changes their elements each day and it's recommended to use the same actress and equipment element against it for attack bonuses. The higher the difficulty of the map, the higher chance to get a better rewards. To join multiplayer battles you have to create or join a room to play with other players.

Rewards come in the form of Shells that can be used in the Shell Analysis room. The difficutly ranges from Normal to Extra Hard. It is recommended that you must have high leveled actresses and equipments when playing so.

Provided tips about multiplayer that is listed below are:

Retrieved from "https://alicegearaegis.fandom.com/wiki/Multiplayer?oldid=1927"
Community content is available under CC-BY-SA unless otherwise noted.