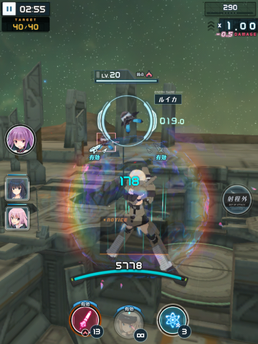 Movement is one of the most basic mechanic in the game. The screen will be always shown in third person view while you controlling your character.

The actress is flying but although you cant manually fly up or down without attacking.

You can also view its other page which is Combat.

The speed of your actress while moving depends on the actress speed stat or equipment. You can also boost the speed of the movement with certain skills.

Retrieved from "https://alicegearaegis.fandom.com/wiki/Movement?oldid=3255"
Community content is available under CC-BY-SA unless otherwise noted.