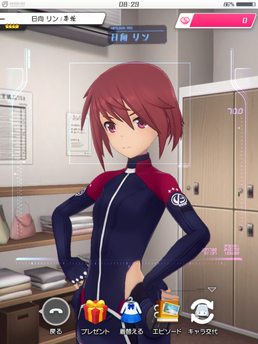 Dressing Room is the place where you can change your actresses accessories, costumes, etc. The room is unlocked after completing the first tutorial and can be accessed by clicking the green call button while in the office room.

In the dressing room you can move the camera from any angle you want. You can also view the character episodes of the picked actress found above the screen.

The interface is pretty easy to understand and has the same features like the 3D Model Room and can also sort out items in the searching in the storage.

Accessories, costumes, other cosmetic stuff are mostly rewards from events, clothes gacha and can be found on existing event shops in the medal shop screen.

While you are in this room, you can give gifts to your selected actress to increase their affection level. If an actress reach a certain affection value, it will unlock scenes on character episode which can give rewards if completed. Gifts can only be obtained from events, gacha, or rewards from completing missions. 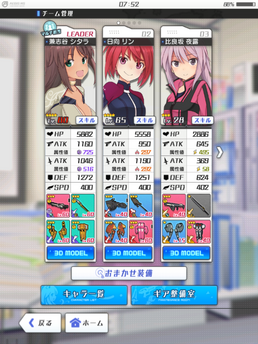 Team Management is the room where you can management your actress formation, team order, equipment, gears, etc. The room is unlocked after finish the first tutorial in the game and can be accessed by tapping the looking like card icon found below the screen on office room. On the battle preparation screen when playing missions, a shortcut button can be found that leads to the Team Management Room.

You can also upgrade your actress level using anima, change gears of your actresses, or upgrade them using gold, and view all available equipment you have. There is also a big white button which automatically changes the gears of the actresses with the highest stats item available. 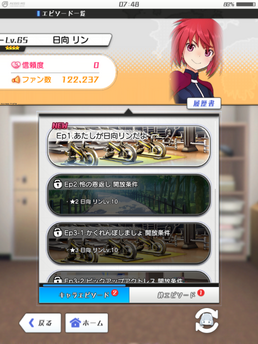 The feature is unlocked after completing the first tutorial level in the game and can be accessed by tapping the looking like diary icon above the screen on office room.

Actress popular level is the yellow icon which can viewed on the battle result screen and can only be leveled up by playing any battles. Actress level can be either raised quick by using anima or using exp anima which is gained from battles.

Retrieved from "https://alicegearaegis.fandom.com/wiki/Dressing_Room?oldid=4208"
Community content is available under CC-BY-SA unless otherwise noted.